World of Illumination &#8212; the Producer of the World’s Largest Drive-Through Animated Light Show &#8212; Adds New Cities, Themes to Its Roster 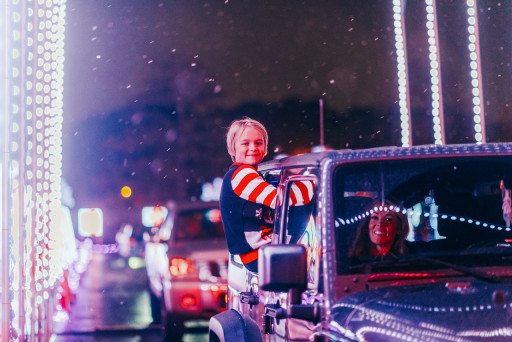 World of Illumination, the producer of the world's largest drive-through animated light show, announced its lineup of new theme parks and new cities as the company continues its rapid expansion across the United States.

Adding to its existing locations in Georgia and Arizona, World of Illumination is constructing its larger-than-life holiday light events in St. Louis, Salt Lake City and a third location in Phoenix, for a total of six brand-new shows.

While each experience is different, including such themes as Cosmic Sleigh Ride, Enchanted Safari and Rockin' Christmas, visitors can expect certain consistencies. All shows include millions of sparkling lights perfectly synchronized to festive music, hundreds of animated displays and appearances by beloved holiday characters.

"World of Illumination really is the original when it comes to drive-through light shows and we're growing at breakneck speed," said CEO Yakir Urman. "As we expand, we also push the boundaries of what is possible to give our guests the most magical, memorable holiday experience imaginable. Our pledge to you is a one-of-a-kind show, the likes of which you've never seen."

Shows in each state run from Nov. 16, 2022, to Jan. 1, 2023, from 6 p.m. to 10 p.m. nightly. Visitors enjoy the dancing LED lights — customizable to up to 16 million shades of color — and the towering-high structures, fanciful tunnels and other surprises, all from the comfort of their cars.

Pricing starts at $39.99 per vehicle, so guests can bring as many people as they like through the experience at one low rate. Presale tickets at 20% off regular prices are on sale now through Oct. 31 at https://secure.worldofillumination.com/#/event-list. All reservations must be made in advance online.

For more information about each holiday theme park, visit worldofillumination.com.

About World of Illumination

Based in Phoenix, Arizona, World of Illumination is the producer of the world's largest drive-through animated light show, featuring millions of state-of-the-art lights and displays set to music. The industry leader in executing holiday light shows, World of Illumination has partnered with major stadiums and iconic parks to bring events to such states as Arizona, Georgia, Missouri and Utah. Connect at @worldofillumination.