September 6, 2022
Share
Facebook
Twitter
Pinterest
WhatsApp
Libby Rodney and John Gerzema of The Harris Poll discuss the TikTok meme that became a mainstream trend in a recent episode of the podcast 'America This Week' 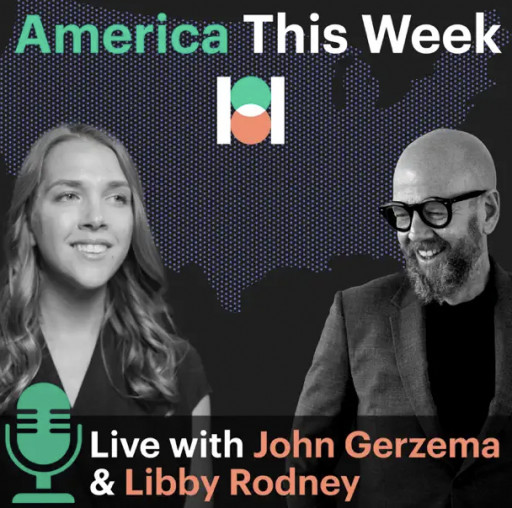 The Quiet Quitting movement is both "business leaders' biggest fear" and a challenge that they alone can solve, according to Libby Rodney, chief strategy officer at The Harris Poll Thought Leadership Practice. Rodney shared her thoughts on the trend in an August episode of the new podcast "America This Week," co-hosted by Rodney and John Gerzema, CEO of The Harris Poll.

During their conversation, Rodney and Gerzema explore the origins of the Quiet Quitting movement, which leaped from TikTok to international headlines in The New York Times, The Wall Street Journal and The Guardian. They explore who's disengaging, and why, and delve into the rise of free agent employees who want more money from corporations at a time when those corporations are more likely to instigate hiring freezes and layoffs.

Despite its name, Quiet Quitting doesn't actually involve quitting, per se. "You're not outright quitting your job, but you're quitting the idea of going above and beyond," said TikTok user Zaiad Khan. As described by BBC News, Quiet Quitting means "doing only what your job demands and nothing more. Quitting doing anything extra. You still show up for work, but stay strictly within the boundaries of your job requirements. So no more helping out with additional tasks or checking emails outside work hours."

A new survey that Harris Poll conducted for Bloomberg News examines the factors that contribute to Quiet Quitting. The poll revealed that in general, the younger the worker, the more disillusioned they are with their jobs and the more likely they are to quit if employers implement return-to-office (RTO) policies and reduce hybrid or work-from-home (WFH) environments.

Employers Hold the Reins: More than three-quarters (76%) of Gen Z employees believe employers have more leverage in the job market than employees, compared to 56% of all employees.

Fearing the Worst: Among working adults, 57% of Gen Z and 42% of Millennials are worried that they are going to lose their job soon.

Fight vs. Flight: Almost two-thirds (66%) of Millennials say they have stayed in their jobs because of economic fluctuations (e.g., rising inflation, decreasing stock market) compared to barely half (51%) of Gen Z.

Bracing for RTO: Among remote/hybrid working adults, 57% of Millennials say they would quit if they were forced to work five days a week in the office.

Ready to Jump: Seven in 10 (71%) of Gen Z and more than two-thirds (68%) of Millennials say they are likely to try securing other job offers in order to get raises at their current jobs.

Those signs of career unhappiness are behind the Quiet Quitting movement and are why employers are concerned about productivity.

"One thing to recognize is that this is most business leaders' biggest fear," Rodney said during the podcast. "This is exactly what they're worried about and why they're telling people to return to the office.

"The second [thing], and the most important one, is the context of this. Before the pandemic, the employee engagement rates were really low. There was a massive burnout in workplace culture, and even the World Health Organization deemed it a critical thing that corporate workplaces had to solve. The pandemic just put fuel on that, and we all had to run and sprint through this time, and maybe now we're in more of a marathon. It's up to companies to get people excited to be working."

Rodney and Gerzema dig much deeper into the topic, offering more insight as well as statistics during their discussion of Quiet Quitting, which can be heard at

Building on 50+ years of experience pulsing societal opinion, we design research that is credible, creative, and culturally relevant. Our practice drives thought leadership and unearths trends for today's biggest brands. We are focused on helping our clients get ahead of what's next.

Previous article
Author Roger Austin’s New Book ‘Wrong Again, Doglips’ Speaks on the Ways in Which One Can Build or Strengthen a Spiritual Relationship With Jesus Christ
Next article
Essential Education Brings MindPlay to Adult Education