The Benevolent and Protective Order of Elks and the Drug Enforcement Administration Release the Second Season of a PSA Short-Form Video Podcast Series, Awkward Conversations 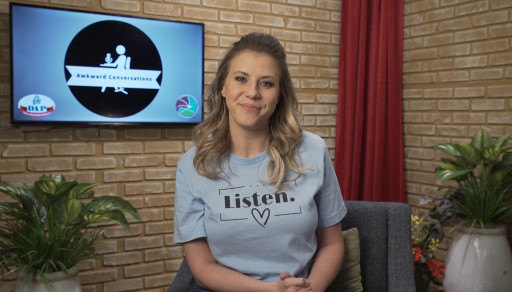 "As a mom to two young teen daughters, I am well aware of the many awkward conversations we need to have with our kids," states Sweetin. "They're never easy, but I hope that while talking them through with experts on our show, that parents and caregivers—and anyone, really—will have the necessary tools they need to help keep their kids safe. While we can't shield our kids from the dangers out there, we can definitely make sure they are prepared for what's out there and are armed with information that can help keep them and others safe."

The video podcast is hosted by Full House and Fuller House star, Jodie Sweetin, and Boston Children's Hospital Clinical Social Work Director, Amy McCarthy. The two will be chatting with celebrity parents and guest experts on how to approach these topics with their children and furthering the discussion on how to engage in healthy conversations to give kids tools to make smart choices.

"Last year, the United States lost 107,622 people to drug poisonings. It has never been a more critical time to provide parents, caregivers, and educators the tools needed to have conversations with young people about the dangers of drug use," said DEA Administrator Milgram. "We are grateful to our many partners in this effort, including the Elks, for their cooperation and commitment to keeping our communities safer and healthier."

Each week covers a wide array of subjects that will help parents learn how to raise kids who have the tools needed to stay safe, drug-free and make smart decisions. Each episode will feature experts who will help guide parents and answer questions that they may have. The following are some of the subjects covered: Signs of drug use in teens, counterfeit pills, preventing drug misuse among college students, peer pressure, understanding kids' social media use, do's and don'ts when talking about drugs, to list a few.

The program will also be supported by 15 million impressions driving to www.getsmartaboutdrugs.com, DEA's website for parents, other caregivers, and educators.

As a 150-year-old organization, they are 100% inclusive with a membership of close to 1 million diverse men and women in over 2,000 Lodges nationally, and while they consider themselves faith-based, they are nondenominational and open to all creeds. The Elks have always prided themselves on civic duty, and the Elks DAP program is the nation's largest all-volunteer Kids Drug & Alcohol Use Prevention program. The Elks are also strong supporters of our brave men and women in the military, having built and donated the nation's first VA Hospital to the U.S. government. The Elks have donated more than $3.6 billion in cash, goods, and services to enrich the lives of millions of people.

The United States Drug Enforcement Administration was created in 1973 by President Nixon after the government noticed an alarming rise in recreational drug use and drug-related crime. A division of the Department of Justice, DEA is tasked with enforcing the controlled substances laws by apprehending offenders to be prosecuted for criminal and civil crimes. DEA is the largest and most effective anti-drug organization in the world, with 239 domestic locations and 91 foreign offices in 68 countries.