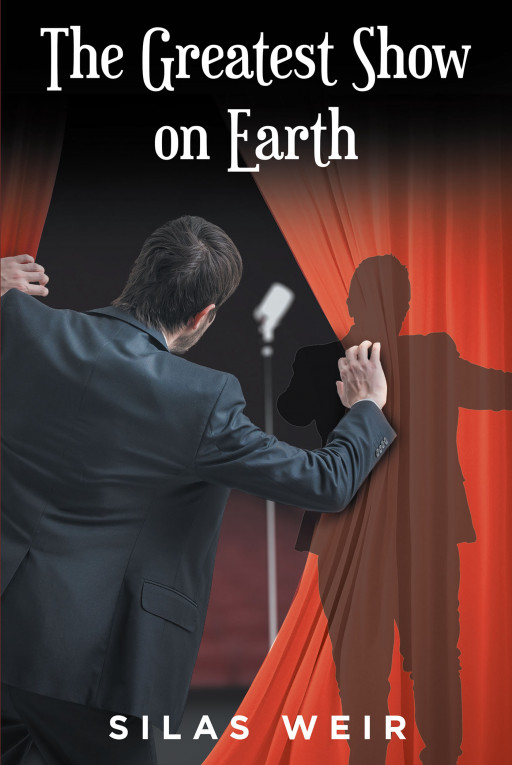 Fulton Books author, Silas Weir, a born creative, an avid reader who enjoys various genres, a dedicated professional in the airline industry, has completed his most recent book "The Greatest Show on Earth": a gripping tale based on a true story. Brian Minges, 61, is a father and a husband. He spent most of his life running away from his true self, never knowing that fighting this feeling will lead him to a dark place. It was numbing, frustrating, and suffocating. One stressful week in his sixties, his wife asked what's wrong. Brian mustered every courage he could and finally dropped the bomb, "I'm leaving you for another man and that I was gay. I was in love with him, and I'm sorry," he said.

Weir shares, "The glass was running over, and the stress level had hit its peak. Brian Minges was about to drop the grenade. A small trip to the ice cream store turned into a changing moment in his life, telling his wife that he was leaving her after thirty-seven years of marriage because he was gay and fell in love with another man. The wailing screams of death rang out in the parking lot. Hiding behind the curtain or in the closet, Brian made the decision to announce to his family the news. With two adult children and one grandson, a different day was about to begin. After accidentally meeting his soulmate in the DFW Airport, Brian could not get him out of his mind. Even after leaving the family for three days to escape with his soulmate, he is convinced by his son to return to the family and try to put the relationship with his wife Lacy together. Needless to say, it was a difficult road to travel. Over the course of the spring and summer, Brian could not get him out of his head, even after a number of family trips in a new motor home along with a family wedding.

"When following his soulmate on his LinkedIn page and liking all of his postings, Brian got up enough courage to reach out. It took some time, but the connection worked. When Brian announced to his close coworker that 'He' was back, he asked, 'Do you still love him?' He said he never stopped. A long road in the changing of life kept Brian going even after loss and a sudden career change. With many mountains to climb, the road was difficult and tiring. Keeping the faith, would a long-term relationship with his soulmate work? Only time will tell."

Published by Fulton Books, Silas Weir's book is a stirring volume that shows the inner struggles of a person concealing his true identity. In this honest and brave account, he details how tough the climb was before reaching the peak and finally presented the real him to the world.

This story hopes to inspire others to remove the mask they've been wearing and be proud of who they really are.

Readers who wish to experience this riveting work can purchase "The Greatest Show on Earth" online at the Apple iTunes store, Amazon, Google Play or Barnes & Noble.

Original Source: Silas Weir's New Book 'The Greatest Show on Earth' is a Powerful Narrative of a Man Coming Out as Gay at the Age of 60

Previous article
Author Alexander Johnson’s New Book ‘Ghost Dance’ Tells the Gripping Story of a Man Who Faces Betrayal and Must Continue His Life of Crime to Cover His Past Mistakes
Next article
South Korea’s CD BIO Seeks Clinical Trial, FDA Registration for Its VOCs Biosensing Kit That Detects Early Stage Lung and Other Cancers With Simple Breathing Test