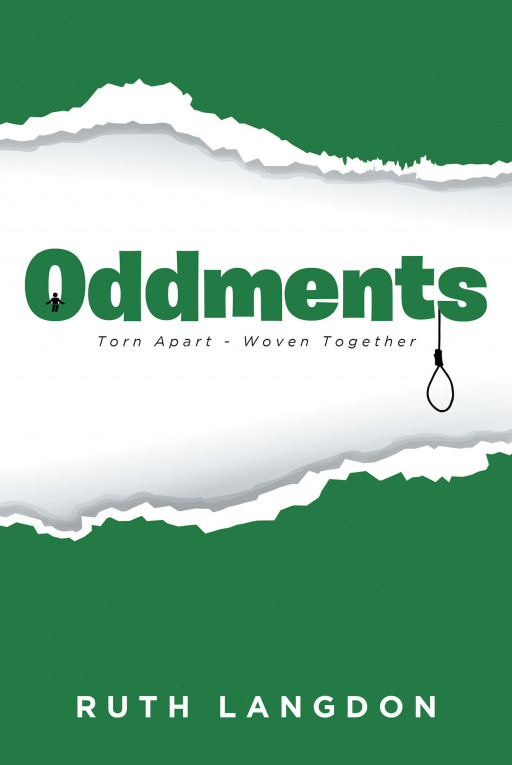 Fulton Books author Ruth Langdon, an advocate of PTSD treatment, has completed her most recent book "Oddments": a compelling piece about a man who developed a post-traumatic stress disorder after the sudden death of his college roommate. He stumbled upon a group called "Taco Tuesday". They're a group of 30 people who gather every Tuesday to eat tacos. Bryan felt a sense of familiarity with them, little did he know that knowing the wounds of those people will take him to a path he never thought he'd be taking.

Langdon shares, "The unexpected death of Bryan's college roommate set in motion a series of events that would change his life forever. What seemed to be an innocent invitation for free tacos turned out to be so much more as he was suddenly immersed in an intriguing world where trauma reigns.

Bryan finds relief with an eclectic group of survivors at 'Taco Tuesday' and unexpectedly discovers firsthand the healing power of connection. But life moves fast for those who have suffered and death is never too far away. The stories of those he surrounds himself with become woven into his own life and lead him down a path he never could have imagined."

Published by Fulton Books, Ruth Langdon's book is an intriguing volume that serves as a personal reflection of the author's life. Surviving a near-death experience and healing from that catastrophe are the main themes of this story.

It also spreads awareness on PTSD.

Readers who wish to experience this gripping work can purchase "Oddments" at bookstores everywhere, or online at the Apple iTunes store, Amazon, Google Play or Barnes & Noble.

Original Source: Ruth Langdon's New Book 'Oddments' is a Meaningful Fictional Novel That Brings Light on the Plights of People Suffering From PTSD

Previous article
Stephen Rice’s New Book ‘Tell Me in Five Words’ is a Motivational Short Read Meant to Help Everyone Live a More Fulfilling Life
Next article
Donna A. Bennett’s New Book ‘Orb Spiders Are Summoned for Protection in Waterfall Bay’ is an Amusing Science Fiction That Invites Readers to the World of Amazonika