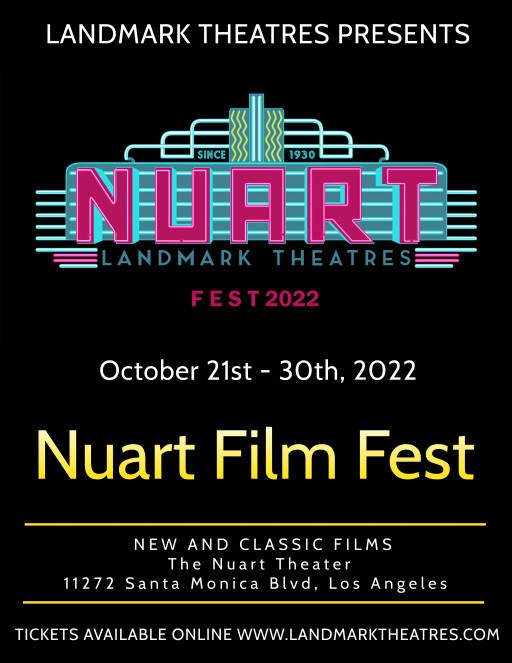 The inaugural Nuart Fest opens October 21 - 30, 2022, to celebrate the reopening of the Nuart Theatre after its renovation.  The 1930, single-screen, historic Nuart is the very first theatre in the Landmark Theatres chain. The 10-day long festival is an eclectic mix of sneak previews and special screenings of films that made midnight movie history at the Nuart.  guests, and giveaways.

"Landmark's inaugural Nuart Fest is a celebration of the theatre's historical significance as a rite of passage for Los Angeles moviegoers and creatives, said Landmark Theatres' President Kevin Holloway. "The theatre's renovation is a testament to its ongoing importance as a pillar within the community."

The schedule for the Nuart Festival is as follows:

In person Q&A with Penelope Spheeris, conversation with Mark Toscano, of the Academy Film Archive.

With their elaborate costumes, props and exuberance, the current generation shadow cast, Sins O' the Flesh (celebrating their 35th anniversary this year) will perform alongside the film and the audience.

TO PURCHASE TICKETS: Online via landmarktheatres.com as well as in person at kiosks or at concessions stand once the theatre opens on October 21.