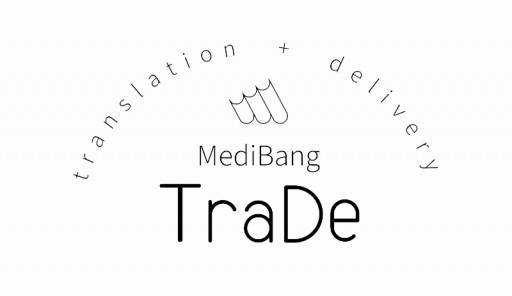 MediBang Inc. (hereby referred to as MediBang, currently located in Tokyo, Shibuya. CEO: Hideyuki Takashima) is excited to announce the expansion of its newly launched division MediBang TraDe from December 2022.

The division, previously known as MediBang Global Distribution and Localization, has worked with many publishers and game developers in Japan and abroad to provide translation and distribution services. With the expansion of its new division, MediBang is not only bringing in more personnel, but also rebranding as MediBang TraDe.

MediBang TraDe's current portfolio includes such popular titles as "SPY x FAMILY" and "Kaiju No. 8" for MANGA Plus by SHUEISHA, the official overseas manga application of SHUEISHA, publisher of "ONE PIECE" and "NARUTO." These titles are emblematic of the company's approach to providing translation services that match target regions by taking into account local culture and traditions. MediBang also acts as an agent for its client companies, taking care of everything from translation to promotion, payments to securing distribution partners. It prides itself on providing the smoothest possible experience for all clients.

Currently, MediBang has over 200 contracted translators and typesetters, which allows for a timely and efficient workflow.

As a company, MediBang handles a wide range of content including manga, games, light novels, webtoons, business books and more, with ratings that range from all ages to adult. In-house localization specialists ensure that all translations take into account the culture, time period and audience from a native speaker's point of view. Currently, projects are being handled in five languages, including Japanese, English, Chinese (Simplified & Traditional), Korean, and Spanish.

Aside from providing high-quality manga translation and typesetting, MediBang's services extend to game translation and LQA, as well as native language check and data preparation.

MediBang is currently partnered with over 80 publishers and game developers to distribute more than 8,000 titles globally.

In addition to partnerships with Japanese and overseas stores, MediBang operates original online platforms such as MediBang Paint and ART Street. With over 22 million users, clients can reach potential audiences through email newsletters and promotions carried out on associated social media accounts, where more than 300,000 followers engage regularly.

What is MediBang Inc.?

MediBang develops and operates services for creators around the world, including an illustration/manga creation application MediBang Paint, an illustration/manga submission and social media site ART Street, and MANGA Plus Creators by SHUEISHA. Also, MediBang aims to bring artists' content to as many fans as possible as an authorized distributor for Adam by GMO, an NFT marketplace operated by GMO Adam, Inc.