M.E. Marlowe’s New Book ‘The First Day of Many’ is a Compelling Account of a Cuban Family Who Established a Home and Legacy in a Foreign Land 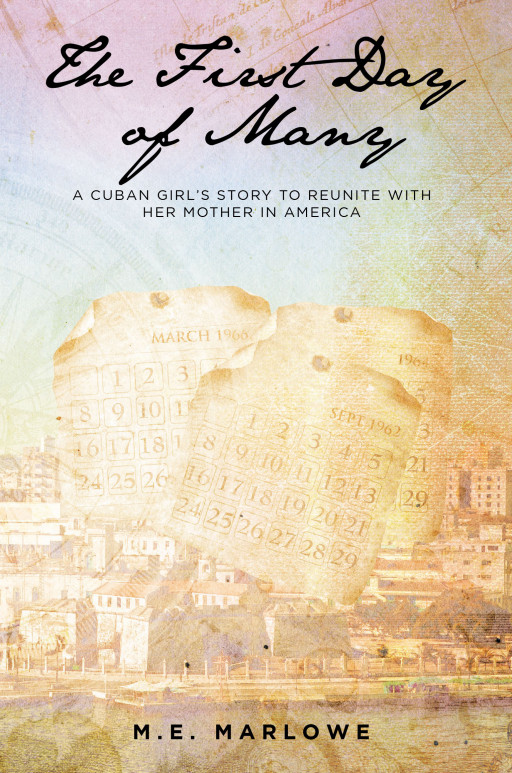 Fulton Books author M.E. Marlowe, a medical professional specializing in the treatment of children's health, has completed her most recent book "The First Day of Many": a compelling piece that introduces a Cuban family's extraordinary choices in pursuit of their American dream. The catastrophic bombings in Cuba pushed Luisa Maria's family to leave their homeland. The nine-year-old girl left her home country with her father and cousin. This led Luisa Maria to stay with her aunt and uncle for a couple of days. The separation from her mother might be temporary but the child was still covered with anxiety. She's now a stranger in a strange land. How can she call it "home" when her family is not with her?

Marlowe shares, "Nine-year-old Luisa Maria thought she was dreaming when she heard her father whisper very softly and calmly, 'Honey, get up, stay low, and do not say a word.' He held her hand and, in a crouched position, led her to the top of the stairs where she saw her mother holding Luisa Maria's newborn brother. Her twelve-year-old brother was kneeling next to her mother. She thought this was not the way she would usually wake up every morning. Where was the unique sound of the tocororo bird letting her know that it was a brand-new day? Instead, she woke up listening to whispers, sounds of bombs going off, and faces full of fear. What is going on? Luisa Maria thought to herself. She saw her family all gathered by the large wooden mahogany door that guided the entrance to the grand front balcony of their home located in the suburb of Alturas de Belen, the Heights of Bethlehem, which was just outside Marianao, Cuba.

Maria Luisa asked, 'Where am I?' She thought in her semi-asleep state. She did not know what was happening. Was it real or all part of a terrible nightmare? She became frightened. It was an overwhelming fear, one that she had never experienced before in her life. It was not the fear that she had when her older brother would play tricks or pranks on her. It was not the fear she experienced when she would hear her Aunt Isabel's ghost stories from the old days. It was not the fear of the 'crazy' woman that would walk the streets, throwing stones at houses. It was not even the fear caused by the famous 'El Caballero de Paris,' the Count of Paris, a very well-known harmless transient that roamed the streets of Havana. This time it was different. This fear was one that left her speechless. For it was more than fear; it was sheer terror."

Published by Fulton Books, M.E. Marlowe's book is an inspiring story of resilience and perseverance. Luisa Maria is a great example that good things come to those who wait. She's a courageous young woman who withstood all the trials and tribulations before reuniting with her beloved family in a strange new foreign country.

This read will surely warm a reader's heart as it exemplifies the importance of family and strength in every circumstance.

Readers who wish to experience this heartfelt work can purchase "The First Day of Many" at bookstores everywhere, or online at the Apple iTunes store, Amazon, Google Play or Barnes & Noble.

Original Source: M.E. Marlowe's New Book 'The First Day of Many' is a Compelling Account of a Cuban Family Who Established a Home and Legacy in a Foreign Land

Previous article
Cooper Schaar’s New Book ‘Dug’ Embarks on a Gripping Saga Infused With Magic, Threat, and an Adventure
Next article
Brenda Mackall’s New Book ‘Innocence Stolen but Faith Restored by the Power of God’ Reaches to the Broken With a Powerful Testimony of the Lord’s Saving Grace