M.C. Thompson’s Debut Book ‘Calling the Storm’ is a Thrilling and Unique Fantasy Novel About a Reluctant Hero on a Lifechanging Quest for Vengeance 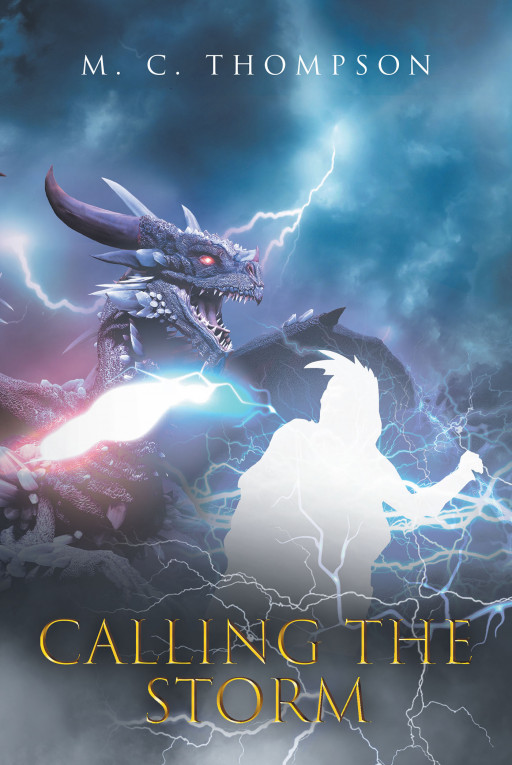 Fulton Books author M.C. Thompson, a New York native, has completed his debut book "Calling the Storm": an epic fantasy adventure spanning the globe; beginning in historic Charleston, South Carolina, in 1776, Thompson's book follows the hero, Tannin, as he attempts to build an alliance with warriors of the dark - villains in their own time - in order to stop Dragon, the predatorial harbinger of chaos and his quest to end time.

M.C Thompson resides in Central New York with his wife and two dogs. His degrees in both Theaters Design and Historical Rease help to submerse the reader in exquisite detail.

Published by Fulton Books, Thompson's book follows the hero, Tannin, as he attempts to build an alliance with warriors of the dark—villains in their own time in order to stop the mythical Dragon.

Tannin was seeking answers, but instead he found a trail of carnage that bled into something far more sinister than he could have ever imagined. Plagued by the shadows of his past and held down by the burden of the future, Tannin and his companions fight to overcome Dragon's machinations. Can they survive their own strife and make it out alive?

Readers who wish to experience this electrifying work can purchase "Calling the Storm" at bookstores everywhere, or online at the Apple iTunes Store, Amazon, Google Play or Barnes & Noble.

Original Source: M.C. Thompson's Debut Book 'Calling the Storm' is a Thrilling and Unique Fantasy Novel About a Reluctant Hero on a Lifechanging Quest for Vengeance

Previous article
Marn&#233; Boulware’s New Book ‘How to Be Wonderful’ is a Delightful Read That Teaches Young Readers the Abilities and Qualities of a Wonderful Person
Next article
Author Colin Coleman’s New Book ‘The Wolves of Terra’ is a Captivating Thriller That Takes Readers on an Unforgettable Journey About One’s Inner Beast Taking Over