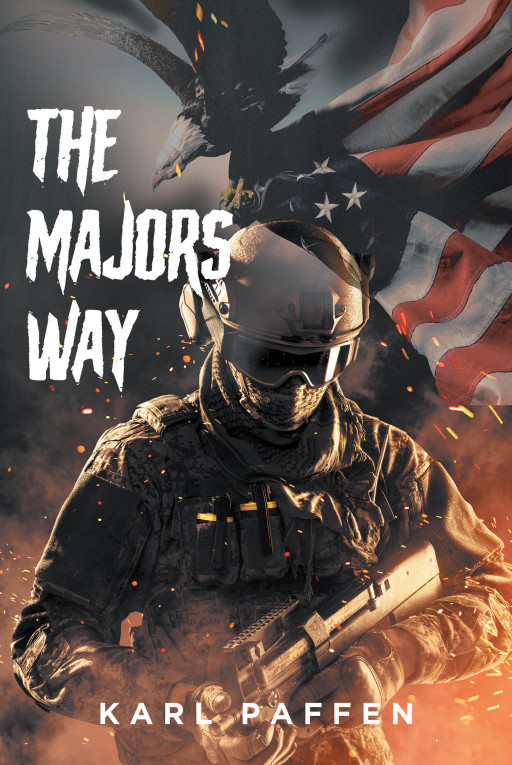 Fulton Books author, Karl Paffen has completed his most recent book "The Majors Way": an impactful narrative of one man's bravery as he and his team work to stop a dangerous drug cartel and its leader who threatens the ideals and values of the American way.

"Major Mark Patterson (retired USMC) is a simple man with a great love for family, friends, and most of all, his country!" writes Paffen. "He has faced many enemies of the latter. This time, he is involved in the taking down of a man who is trying to ruin his loves! Jose Chicaro is just this kind of man he despises! Mark takes this personally, and he goes after Chicaro with a vengeance! He has just a few friends to help him on this quest to stop the drug cartel, one of them being Colonel John Stork (Jon)—his old and dear friend! Together they go after Chicaro to try and stop this threat to all our freedoms!"

Published by Fulton Books, Karl Paffen's book delivers a gripping and suspenseful tale that will leave readers on the edge of their seats. As Mark inches closer to uncovering the truth and ending Jose's reign of terror once and for all, the enemy surrounds him in what soon becomes a fight for his life. Will Mark manage to save those he loves and defend his American ideals, or will Chicaro's power prove to be too much for him to defeat?

Readers who wish to experience this mesmerizing work can purchase "The Majors Way" at bookstores everywhere, or online at the Apple iTunes store, Amazon, Google Play or Barnes and Noble.

Original Source: Karl Paffen's New Book 'The Majors Way' tells the thrilling story of the one man willing to stand up and defend America's freedoms from those who threaten them