Authors Uschi S. Edrich and Inge Pauline Edrich’s new book, ‘The Story of a Child’s Survival of WWII in Nazi Germany’ discusses the courage needed in the darkest of times

August 26, 2022
Share
Facebook
Twitter
Pinterest
WhatsApp
Recent release "The Story of a Child's Survival of WWII in Nazi Germany" from Covenant Books authors Uschi S. Edrich and Inge Pauline Edrich is a stirring memoir of Pauline's experiences as a child during the rise of the Nazi Party and the effects WWII had on her family. With the help of her daughter Uschi, Pauline pours her heart out for readers, giving a first-hand glimpse of a horrific time. 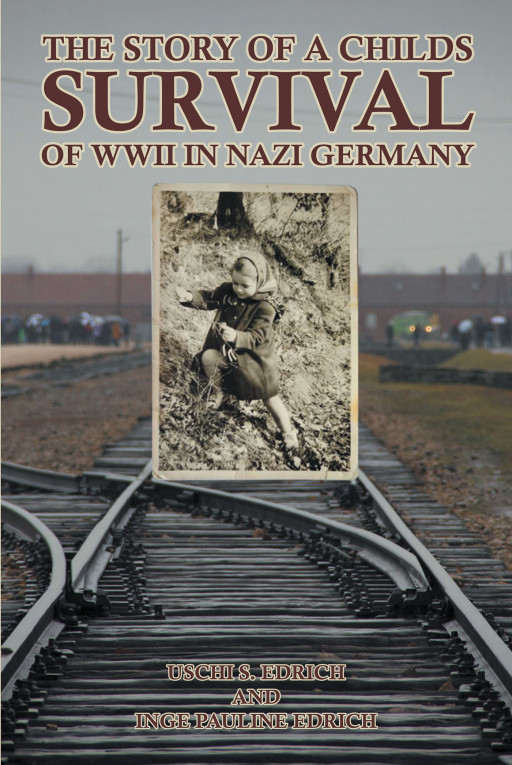 Uschi S. Edrich and Inge Pauline Edrich, who were born and raised in Pirmasens, Germany, have completed their new book, "The Story of a Child's Survival of WWII in Nazi Germany": a powerful and stunning account of the dangerous journey to evacuate Germany during the Second World War, and the lasting effects and suffering following the war's conclusion, shared by a survivor who was actually there.

In a preface to their incredible tale, Uschi writes, "My mother, Pauline, is a sweet eighty-year-old woman. She loves to hike, cook, and spend time with her friends and family. She loves to do her daily crossword puzzles to keep her mind sharp. She also enjoys reading the newspaper and watching political shows on TV. Yet despite all her charm, she is still a woman and sometimes even a little girl that's plagued by her firsthand experiences during the Second World War. With all the time that passed, one would think, "Really, seventy-five years later!" Who could believe that? Nevertheless, it is true. Pauline was in Germany from the rise of the NSDAP (National Socialist German Workers' Party), commonly known as the Nazis, to its zenith in 1942."

Uschi continues, "Mother continued to tell me stories about the war. Suddenly, I realized that she has a historic treasure in her head, and it was my duty to capture her memories in a book. She recalled most of the events during the war. I decided to be a good daughter and encourage my mom to tell me the entire story. Once she started to tell her story, we both realized that there are many recognized victims of the Second World War, the German mothers and children left behind to fight for daily survival included."

Published by Covenant Books of Murrells Inlet, South Carolina, Uschi S. Edrich and Inge Pauline Edrich's new book will bring to life a harrowing moment in history that many learn about, but few truly understand. Readers will be transported back in time and experience the true strength needed to survive such a tumultuous time and gain a new appreciation of the stories shared by those lucky enough to make it through.

Readers can purchase "The Story of a Child's Survival of WWII in Nazi Germany" at bookstores everywhere, or online at the Apple iTunes store, Amazon or Barnes and Noble.

Original Source: Authors Uschi S. Edrich and Inge Pauline Edrich's new book, 'The Story of a Child's Survival of WWII in Nazi Germany' discusses the courage needed in the darkest of times

Previous article
Author Tenaya Metzler’s New Book, ‘Your Name is Light’, is a Thrilling Tale That Follows a Nurse Under Attack by a Mysterious Enemy and the Man Sworn to Protect Her
Next article
Sean Laighean’s New Book ‘The Ghosts of Gaylord’ is a Thrilling Piece That Provides Analysis on the Psychological Impact of Terrorism