September 2, 2022
Share
Facebook
Twitter
Pinterest
WhatsApp
Recent release 'The Bonnet Effect' from Newman Springs Publishing author Terrance StreetZ Johnson is about a group of four friends who are on the search to find their true identity. They have the task of finding out why they have to be together and what the Bonnett Effect is all about. 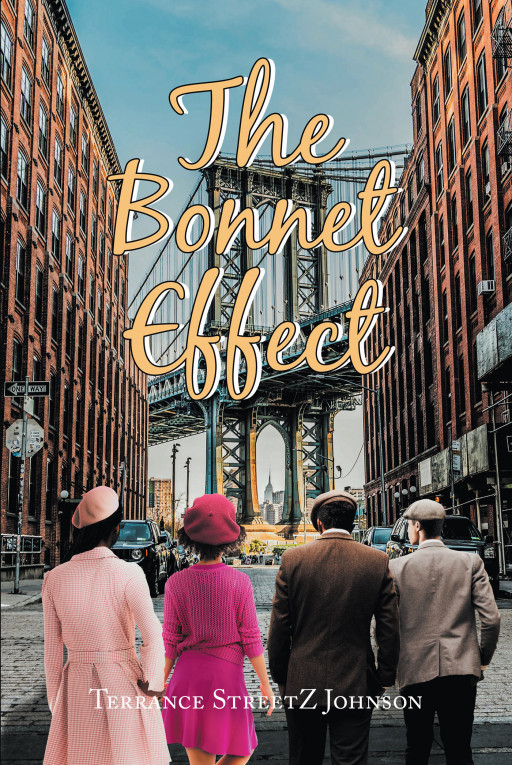 Terrance StreetZ Johnson, a family man and father inspired by and with the help of his family, has completed his new book "The Bonnet Effect": a gripping and potent tale about a group of four special teenagers discovering government secrets that alter their lives.

Terrance states, "Little did I know, it was already too late. What I didn't realize was that my worst fears were soon about to come true. As I feared, the government had known there was a breach in their system, and I had no idea what was headed my way. They were working endlessly to find out where the breach occurred and by whom, so the next morning, as I was getting ready for school, a reminder from my computer went off. I had a message, so I went to check it out. As I sat there reading the mail, sweat began to form and drip down. It was beyond creepy, and I couldn't lie; it had me worried. The message was clear. This guy named Swead knew my name and what I did last night and, apparently, according to him, so did the government."

Published by Newman Springs Publishing, Terrance StreetZ Johnson's enthralling tale follows four teenagers as they discover their newly founded abilities and attempt to avoid capture by the government. Jason, the computer whiz, discovers a government secret and tells three of his friends. Mark is the athlete of the group. Stacy is Jason's girlfriend, and Janet is Mark's. All four have been friends since they were little, they grew up in foster care together.

Once Jason discovers the secret, they must go on the run to avoid being captured by the government. Readers will follow along as this group discovers they have special abilities and must fight for survival as they face the danger of imprisonment and becoming subjects for experiments.

Readers who wish to experience this mesmerizing work can purchase "The Bonnet Effect" at bookstores everywhere, or online at the Apple iBooks Store, Amazon, or Barnes and Noble.

Previous article
Author Jon E. Bennett’s New Book ‘The Sedition: Blueberry’ Tells the Captivating Story of a Half Angel Who Finds Herself Sought After by Many to Exploit Her Gifts
Next article
Author Samuel Sutton Jr., CSCM, USN (Ret.)’s new Audiobook ‘Born to Serve’ is a dynamic memoir following the author’s beginnings to becoming close to three Presidents