Author Janie Baetsle’s New Book, ‘Terror by Day’ Tells of a Fictional Conspiracy to Overthrow an Election by Distracting Others With a Dangerous Virus

September 2, 2022
Share
Facebook
Twitter
Pinterest
WhatsApp
Recent release "Terror by Day" from Covenant Books author Janie Baetsle is a fictional drama that centers around a conspiracy to overthrow a presidential election. Using a deadly pandemic as a way to cover up their crimes, those who seek to overthrow democracy will do their best to rig the election's outcome and take away the rights of others in the process. 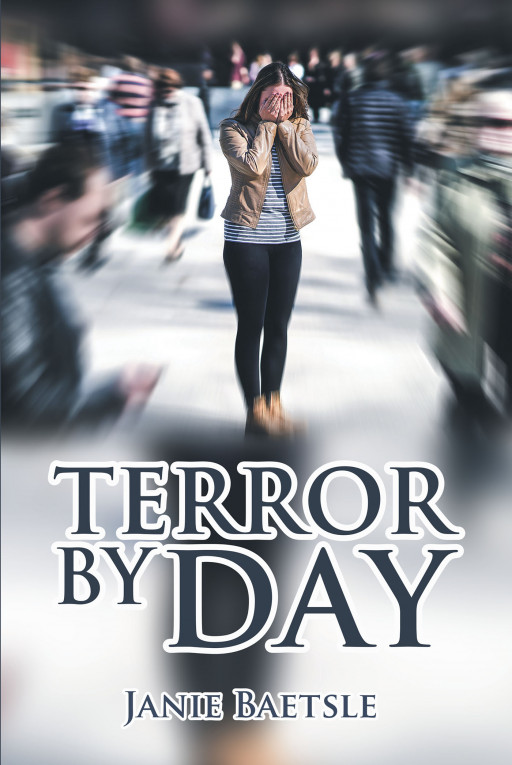 Janie Baetsle, proud mother who finds salvation and healing in God, has completed her new book, "Terror by Day": a thrilling fictional account of a plot to steal an election and destroy the democracy on which America was founded upon.

"A strange and deadly virus is sweeping into the country," writes Baestle. "No longer does terror belong only to the dark of night. Now it has worked its way into the light of day. Where did it come from and why? The truth is hidden by a secretive group of seven who meet in an old, abandoned warehouse. It is their goal to strip away the freedom of the United States of America and bring her into a socialistic regime, where a select few rule over many. It is the election year of 2020, and the current president is running for a second term. He loves his country and is doing everything possible to protect its citizens. His enemies know that he will win by a landslide if they don't intervene. And so they do. Devices are developed to interfere with the election process itself. The 2020 election is stolen. Although prewarned that this would occur, the president chooses to let his enemies proceed as planned. It is the only way that their plans will be uncovered for all to see. Christians are baffled as to why God hasn't intervened. Many lose hope through the long months ahead. But the truly born-again Christians stand firm and hold onto their hope, finding themselves putting their trust in God and not man, just as they should have done all along."

Published by Covenant Books of Murrells Inlet, South Carolina, Janie Baetsle's new book warns of what may happen to a country that allows elections to be stolen and lies to be perpetrated by those who hold power in government. Readers will be spellbound by the surprising twists as the country's fate is decided, and a nation is torn apart by those who claim to be working for it.

Readers can purchase "Terror by Day" at bookstores everywhere, or online at the Apple iTunes store, Amazon or Barnes and Noble.

Original Source: Author Janie Baetsle's New Book, 'Terror by Day' Tells of a Fictional Conspiracy to Overthrow an Election by Distracting Others With a Dangerous Virus

Previous article
Authors Uriel R. and Carolyn J. Limjoco’s New Book, ‘A Balkan Rhapsody’ is a Stirring Tale of Two Lovers Who Find Themselves Reunited After Being Separated by War
Next article
Author Bob Benson’s New Book, ‘Revealing God’s Design for Aging, Family, and How We Live’ is a Spiritual Work for Christians to Cope With Aging