December 16, 2022
Share
Facebook
Twitter
Pinterest
WhatsApp
Recent release "They Also Serve" from Newman Springs Publishing author Darrell Wyatt is a captivating story set in America during the Second World War. As more men are shipped off overseas, June and Betty do their part and join the growing population of women in the workforce, navigating their newfound freedoms plagued with the constant fears and anxieties about the ongoing war. 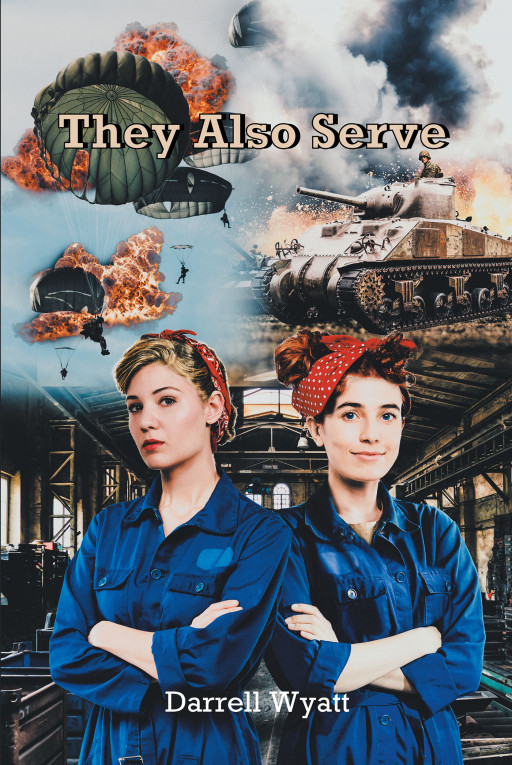 Darrell Wyatt, who served in the U.S. Army for three years and worked in factories the rest of his career, has completed his new book "They Also Serve": a stirring drama that follows two young women navigating life and working in America during the Second World War, with newfound freedoms and new fears.

"After three long years, WWII still raged on in Europe and in the Pacific while thousands of American women left their homes and kitchens to keep the Arsenal of Democracy humming along," writes Wyatt. "Working in the factories and offices, they transformed the role of women in America. The nineteenth amendment had given women the right to vote. WWII gave them society's acceptance of their right to work. America and its women would never be the same.

"June Taylor and Betty Anderson are two of hundreds of women hired to replace men who answered the call to arms and left their jobs vacant on the packing line at Quaker Oats and in the ordnance factory in St. Joseph. The hardworking and feisty pair become roommates and soon secure promotions and boyfriends, who are enlisted in the Army Air Corps and Signal Corps. Betty's boyfriend, Don is a handsome, guitar-playing Lothario June fears may break Betty's heart. The war hangs like a dark cloud in the backdrop despite the dances, movies, and new freedoms for women. There are gasoline and food rations, the dreaded War Department telegrams about husbands or brothers killed in action, and the pressure of their new jobs to advance the American war effort."

Published by Newman Springs Publishing, Darrell Wyatt's thought-provoking historical fiction is inspired by the author's interest in American war history and the contribution of women in those efforts. As the war rages on, June and Betty will be forced to rely on each other to find joy and keep their hope alive in the face of uncertainty in who will survive and return home from overseas.

Readers who wish to experience this poignant work can purchase "They Also Serve" at bookstores everywhere, or online at the Apple iBooks Store, Amazon, or Barnes & Noble.

Original Source: Author Darrell Wyatt's New Book 'They Also Serve' Explores the Contributions of Women in America During WWII and Their Acceptance Into the Workforce Following the Draft

Previous article
Author Brenda Bell’s New Book, ‘Watering God’s Garden,’ is a Calming and Peaceful Children’s Story That Highlights the Importance of Appreciating Nature
Next article
Author Scott Owens’s New Book ‘Lizzy the Model T’ Follows the Incredible Adventures of a Car Named Lizzy, Who Must Find Her Lost Friends and Bring Them Home on Her Own