Author Brenda Bell’s new book, ‘He Has Given Us the Kingdom, Authority in the Unseen Realm’ is a spiritual discourse sharing the kingdom God gave to his followers

August 9, 2022
Share
Facebook
Twitter
Pinterest
WhatsApp
Recent release "He Has Given Us the Kingdom, Authority in the Unseen Realm" from Covenant Books author Brenda Bell is a faith based read that teaches Christians how the kingdom of God works, the authority of those in charge, and how to use their authority in the unseen realm. 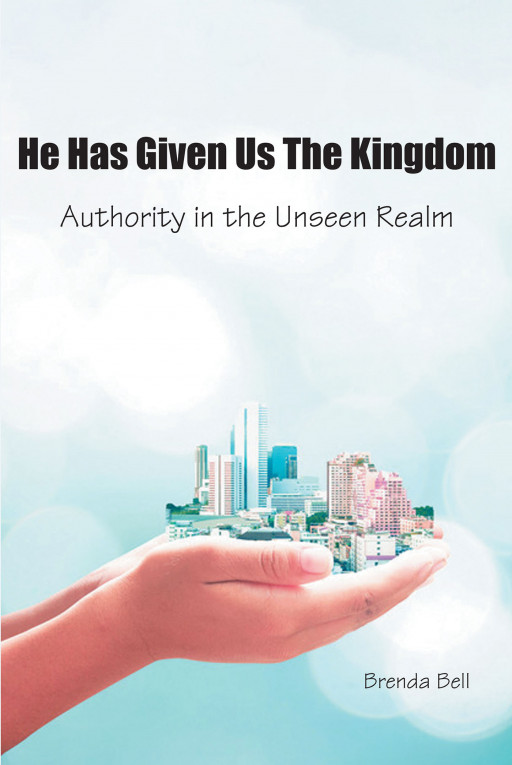 Brenda Bell, a proud family matriarch and owner of Bell Fashions, a clothing manufacturer for children, has completed her new book, "He Has Given Us the Kingdom": a faith based read detailing the kingdom of God.

Bell shares, "Before Jesus went to the Father, he gave instructions to his followers to repent and change their way of thinking, for the kingdom was at hand. This would result in a new way of thinking for them. Things were no longer going to work the way they had before. He instructed them in the good news that the kingdom had begun. He healed all kinds of sickness and diseases and taught them that they could be great in this kingdom that was coming from heaven to earth. He explained how it would start small and would grow throughout the earth in the same manner that yeast multiplies in bread making, and the world would not even see it happening. He gave them the authority and ordered them to take charge of this kingdom and called them 'children of the kingdom.' He gave them, and all who would hear about him through their teaching, the keys to function in this new kingdom and explained how this authority was activated by faith-filled words. He said the kingdom was like a man going into a far country and leaving his servants in charge and taught that they would be accountable for what they had accomplished when he returned."

Published by Covenant Books of Murrells Inlet, South Carolina, Brenda Bell's new book teaches Christian readers about the kingdom God gave to his "children" and how they should live their lives as he did, sharing his teachings and holding themselves accountable for their actions.

Readers can purchase "He Has Given Us the Kingdom" at bookstores everywhere, or online at the Apple iTunes store, Amazon or Barnes and Noble.

Original Source: Author Brenda Bell's new book, 'He Has Given Us the Kingdom, Authority in the Unseen Realm' is a spiritual discourse sharing the kingdom God gave to his followers

Previous article
Author Linda Kay Marcum’s New Book, ‘Triumphant Living Practical Principles’ is a Faith-Based Read on Finding the Right Place to Worship
Next article
Author John Dacey’s New Book ‘Behind Confederate Lines’ is a Compelling Tale of a Man Facing His Fears and Enlisting in the Civil War to Fight for the Rights of Slaves