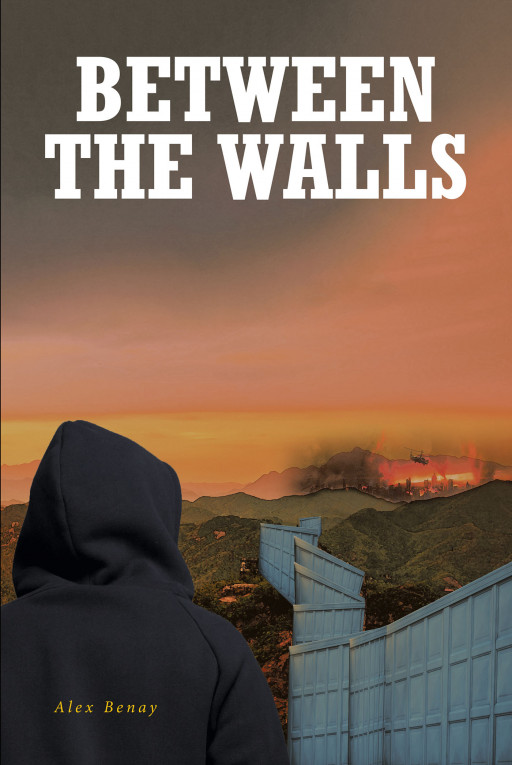 Fulton Books author Alex Benay, an acclaimed Canadian nonfiction author who has worked across multiple industries, including the most senior ranks of government, the global technology sector, as well as managed several of Canada's national museums, has completed his most recent book "Between the Walls": a gripping and powerful dystopian novel in which the poorest members of society are left to fend for themselves in a dangerous area outside of civilization.

"Their families were deported beyond the Wall once the Great Decline started spreading to every country around the globe, and they have been fighting for their lives ever since," writes Benay. "Disease and slow economic collapse forced most countries to put in place dramatic measures to manage the growing number of poor citizens. Deporting these people beyond the Wall was supposed to be a temporary solution that would buy nations time to get back to normal. Except no one understood there would never again be a return to normal.

"Gangs rule the streets of the new cities beyond the Wall. Starlight Foundation, a corporation hired by the US government to manage the operations in this new territory, is trying to manage the chaos. But lost in the middle of all this turmoil are the day-to-day lives of its citizens. A former paramedic and his daughters, a naive Starlight intern, children of the streets, and a gang leader's lives all intertwine in this portrayal of what life between the Wall is really like.

"They cannot all make it out alive, and the good people do not always win. What would you do to survive? How far would you go? Find out how the residents beyond the Wall cope with everyday life-or-death decisions as they try and escape the slow decay of New Pittsburgh."

Published by Fulton Books, Alex Benay's book is the author's first foray into the world of fiction, drawing on his experiences to craft a truly thought-provoking example of what society's future could become. Expertly paced and full of suspense, this character-driven tale will leave readers on the edge of their seats as multiple characters become intertwined in their struggles for survival.

Readers who wish to experience this imaginative work can purchase "Between the Walls" at bookstores everywhere, or online at the Apple iTunes Store, Amazon, Google Play, or Barnes & Noble.

Original Source: Alex Benay's New Book 'Between the Walls' is a thrilling tale set in a dystopian reality following the intersecting lives of those cast out of society beyond the Wall

Previous article
Author J. Stewart Schneider, J.D.’s New Book ‘An Old Lion Roars at Dementia’ is a Witty Collection of Anecdotes and Reminiscences by a Man Diagnosed With Dementia
Next article
Tela Dawson’s New Book ‘Womb Mates Room Mates’ is a Touching Memoir of the Author’s Experiences Growing Up as a Twin and Finding Her Own Unique Voice