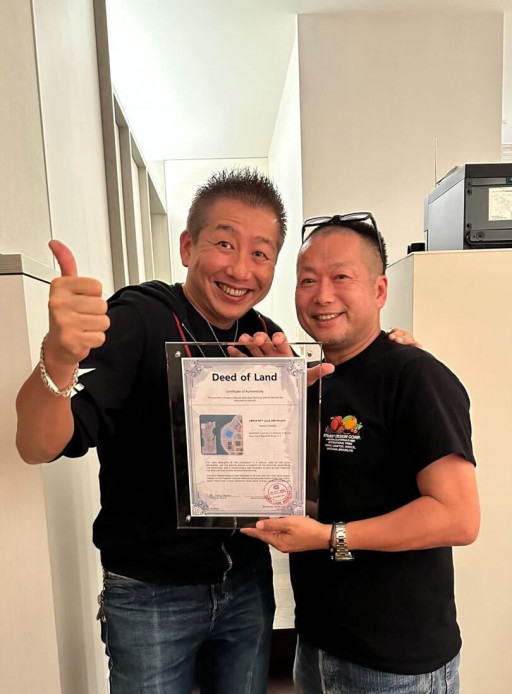 Yoshiki Okamoto, a game designer and producer of numerous acclaimed video game juggernauts such as Monster Strike, Street Fighter II, Resident Evil and other titles, joins Creta as a strategic partner and investor.

Okamoto brings to Creta invaluable expertise in the development and publishing of video games both inside and outside of Japan with his recent mobile game Monster Strike accumulating over $10 billion in sales up to date, reaching the status of the second highest-grossing mobile app of all time. Okamoto's contribution as a veteran producer, game designer, and supervisor is recognized within the industry in hundreds of video games from Black Tiger (1987) to Devil May Cry (2012).

Yoshiki Okamoto expressed his excitement about the recent progress of Creta in developing the metaverse gaming platform of the new generation and its flagship game Kingdom Under Fire: The Rise. "The Creta team have demonstrated they are extremely capable of bringing fresh ideas into Web3 gaming, which has so far shown lackluster gameplay and tokenomics design. I am delighted with the vision of the team and their ability to execute and can't wait to see the full version of the metaverse platform as well as the games currently undergoing production. It's been a great honor to come on board as a partner to this project, which prioritizes building games that are fun to play above everything else," Okamoto commented.

A partnership agreement between Yoshiki Okamoto and Creta has been signed, paving the way for a prolific collaboration. Beyond his contribution as an advisor, Okamoto has personally invested in the project, acquiring a hefty amount of Creta tokens as well as over 25,000 square meters of land in the form of the NFT deployed on the Creta NFT marketplace. Okamoto has always achieved the top position for all products he has created throughout platforms from arcades to mobile games, and his transcending insight for future gaming shall inspire the direction of content to be rolled out from Creta.

The agreement comes hot on the heels of other notable events for the gaming startup such as a kick-off party of Creta Inc., in central Tokyo with the world-famous game producers and executives from the industry, a partnership with YGG Japan for ongoing collaboration to invigorate the Web3 gaming community, expanding the European unit of Creta to strengthen the operation of the platform in global scale and the last, but not the least, the upcoming release of the highly anticipated Kingdom Under Fire: The Rise.

Previous article
Santa Jim’s New Book ‘And What About Mrs. Claus?’ is the Riveting Tale of How Santa and the Future Mrs. Claus Met and Their Adventures Together Before Marriage
Next article
Gb Sciences Co-Publishes Study Demonstrating Anti-Inflammatory Properties of Cannabis Ingredients